Get your spooky on for Halloween

No other date in the calendar lends itself to themed entertainment quite like Halloween. Although trick-or-treating has been gaining momentum in New Zealand, it’ll depend on where you live as to what kind of celebrations or gatherings are on the cards this year. If you do get ghosted (or are still in lockdown) these beverages will surely raise your spirits.

If it’s tricky to get to the shops on a whim for cocktail ingredients here’s a quick list for spirits to stock up on, that work in a range of cocktails:

Vodka - good vodka has a clean taste that means it mixes well with almost anything.

Tequila - a surprisingly versatile mixer, buy it for margaritas, use it with anything fruity, especially citrus

Bitters - works almost like a seasoning, amplifying the flavours of your spirits and mixers; use sparingly

Bourbon - whisky can be divisive but bourbon’s slightly sweeter flavour profile makes it more accessible and a great flavour base for cocktails.

Even if you’re at home in a bubble this year, bring a little spooky fun into the mix with our menu of Halloween themed cocktails: 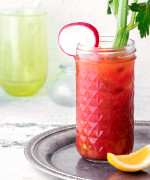 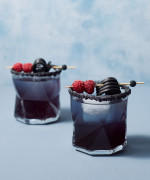 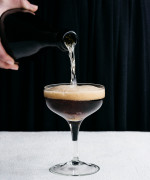 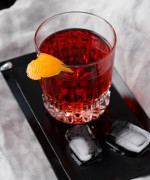