The Best of Pals

When they became the official partner at Eden Park for its first-ever concert, featuring Six60, in April, ready-to-drink favourite Pals made history - again. We caught up with the team behind the brand to find out the story behind their meteoric success

Every now and again - but not very often - a new drink comes along that you can genuinely call a phenomenon. In October 2019, four friends launched two vodka-based and one gin-based RTDs under the brand Pals; two months later, all three flavours had sold out nationwide.

Much like the way Lewis Road Creamery sent Kiwis into a chocolate milk frenzy in 2014, when word of mouth got out that there was a new great-tasting RTD on the market, New Zealanders were on the hunt for every pastel-coloured can of Pals they could get their hands on.

"The word spread so quickly we didn't know what was happening. It just started going like bloody rapid-fire," says Mat Croad, who co-owns the business with his old mate Nick Marshall and shareholders Jay and Anna Reeve. 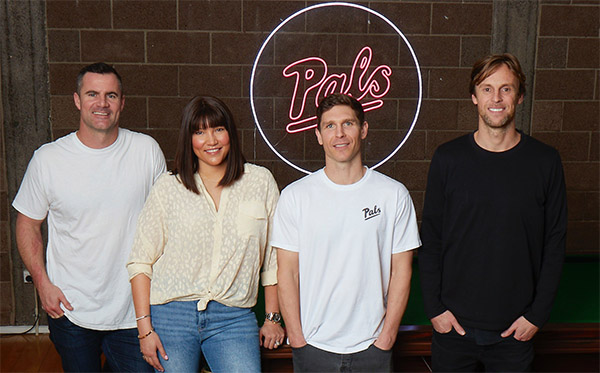 "Consumers were walking into stores and saying, 'I want to buy Pals', but most stores were saying 'What's Pals? What are you talking about?' We started getting calls from shops throughout New Zealand, saying, 'I don't know who you are or what you're selling, but we need your product'."

Scrambling ensued. The company had to amp up production quickly to replenish the market. "We basically had to beg, borrow and steal to be able to meet demand and pleaded with our manufacturers." By the end of January 2020, Pals was back in stock – and then New Zealand went into lockdown.

In some ways, the enforced lockdown that began on March 25 2020, was the break they needed to reflect on the whirlwind few months. The Pals foursome had had moderate success working together on the wine brand Master of Ceremonies, but it hadn't been easy. "Wine is hard. There are so many variables and so much competition," says Mat, however they weren't discouraged and identified an opportunity in the market for low sugar RTDs that are thirst-quenching.

"Those old RTDS that we remember from the early 2000s are packed with sugar, but the market has moved on a bit, and these days, people are a bit more aware of what they are putting in their bodies," says Mat. 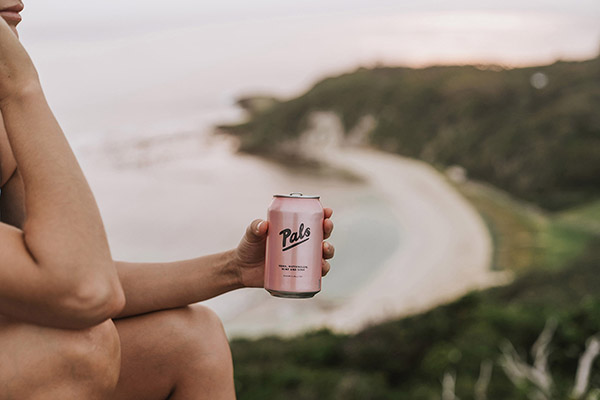 "We were pretty rigorous with our taste testing. The flavour had to be perfect; it had to be pleasant to drink with a mouthfeel that wasn't too sugary," says Mat.

"In some ways, we've done everything the hard way because we've wanted to use the most premium ingredients possible. All of our RTDs are spirit-based, and we use premium spirits, and we've made sure there's provenance with natural ingredients and fruit juices."

Though they trialled making Pals using locally made spirits, the flavour wasn't smooth, so Mat says imported spirits were necessary. "Trust me; we'd use locally made spirits if we could. That would be much easier than shipping alcohol across the world, but this also means our products can be gluten-free and vegan friendly," says Mat.

While it might compete with hard seltzer brands on the market, Pals is not a seltzer despite containing soda water. Mat says the distinction is because Pals is spirit-based, while many brands that call themselves seltzers use malt-based alcohol as the base liquor.

"Some other brands have gone down that line, and their process is similar to brewing a beer. They've gone down this route because it means they can be sold in a supermarket.

"Instead, we chose spirits as our base as it gives a clean, smooth mouthfeel and taste – and I think that's why our drink has been so popular."

After New Zealand's lockdown, Pals was back in full force. They launched two new flavours: American Whiskey, Hawke's Bay apple and Soda (the blue one) and Vodka, Central Otago Peach, Passionfruit and Soda (the lilac one). The lilac coloured-can has quickly become their most popular drink. The company is going from strength to strength and has had 1100% revenue growth year-on-year.

Getting Liquorland's support from an early stage was critical to Pal's growth, says Mat.

"It was a major coup for us, and it opened a lot of doors for us nationwide. That means a lot.

"We love what we do, and when you're a small, independent business, it's not easy at the beginning."

In October 2020, Pals launched in Australia. History repeated with Pals selling out in six weeks.

"We were in the exact same position, scrambling trying to push production as fast as we could to get more containers on the water to Australia," says Mat.

"You had to laugh and think, 'Here we go again."