Liquorland Toast last caught up with Mike Neilson, the founder of Panhead Custom Ales, in 2015 when the brand was fast-expanding and beginning to export its incredible beers beyond New Zealand and Australia (read the original story here). 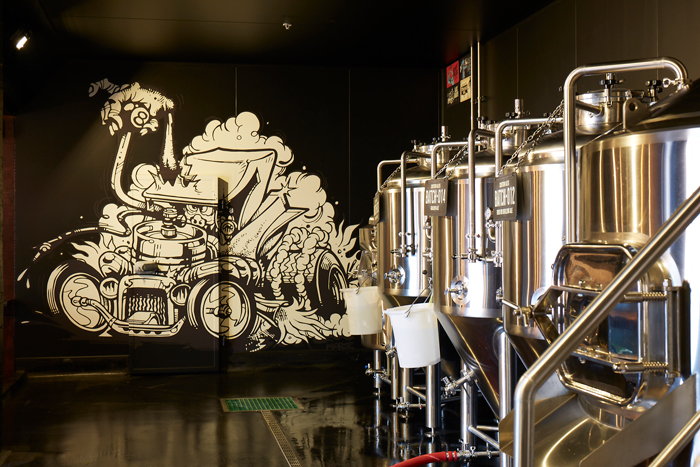 What began in 2013 as a dream to open a small brewery in a former Dunlop tyres factory in Wellington’s Hutt Valley has now grown into a household name with a taphouse (pictured above), a successful Auckland Viaduct pop-up bar, and a partnership with Lion New Zealand.

With a tasty new hazy IPA now on shelves and an exclusive growler programme of beers planned with Liquorland, we thought it was the perfect time to check in with Mike and see what’s on Panhead’s horizon… 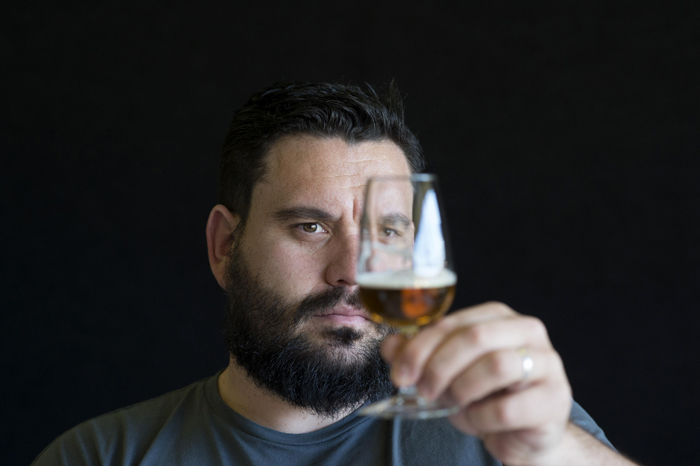 When you first started Panhead, did you ever imagine that it would one day grow to be the major brand that it is today?

“We dreamed of being a part, if not leading the charge, of changing the beer sector,” says Mike. “At that stage we didn’t know what that meant but now we do and it means making a shit ton of beer!”

We last caught up with you in 2015. What has changed from those first few years to what Panhead is today (apart from a few grey hairs?!).

“Ha!! There is way more grey hair, we are really proud of where we have come from since 2015. We have made massive improvements to the brewhouse, cellars and packaging, adding a lot more capacity. Hiring more staff and investing in their careers as there is a real shortage in trained and experienced brewers and packaging technicians. We have opened our tasting room where we have our little pilot plant making 600L of one-off beers offered only to a very limited few bars, matched to Southern American low and slow bbq.”

What did the partnership with Lion allow you to do that you wouldn’t have been able to?

“The partnership has enabled us to upgrade and develop the plant that was needed to keep up with the demand, it has allowed us to develop our international market by having the team in the areas we play in. But the big one for us is developing our health and safety to keep our people safe.”

Tell us about the original personality of Panhead and has it been easy keeping true to that?

“The thing with Panhead is we don't take ourselves very seriously and the brand is based on the stuff I'm into and a lot of New Zealand can relate to the lifestyle of cars, bikes, good beer and good food.”

Can you tell us about the Liquorland Exclusive Growler Programme that’s coming up, where 27 stores will offer a bi-monthly calendar of exclusive tap beers from Panhead?

“We have worked closely with the Liquorland team to decide on what beer varieties would inspire craft beer experimentation in their stores. These recipes have been developed in our pilot plant, and proved so popular in our tasting room that we had to release them to the wider market. These bi-monthly releases will be very limited, so people should get in fast.”

Are you able to let us in on any exciting releases you have coming up over the next few months?

“Along with a fresh hop beer this year and all the pilot beers produced in the tasting room, there's the recent launch of Rat Rod, a hazy IPA. Rat Rod was built in the pilot brewery in our tasting room. It was one of those beers that just went well on tap and I pretty much couldn't get enough of it myself. We were lucky enough to tweak it to get it just right before the launch. A lot of people talk about the haze craze, but simply for this beer, it’s the combination of the yeast esters and the massive amount of hops we put in that gives it it's juicy tastes, all balanced on a very light malt base to get in the way of tropical hops. We tried filtering but it just tastes better with yeast in it.”

What still excites you about brewing and are there any new developments in brewing that you’re being inspired by?

“Creativity, it gets me every time. The great thing about beer is that there is nothing limiting to ways, styles and types of ingredients we can put in beer. I find inspiration comes from anywhere – travel, tasting new foods, techniques in fermentations and process and trying new ways to get different results really spins my crank.”

Can you tell us anything about the future direction of Panhead?

The future is bright – more good beer in people’s hands! To keep testing and challenging ourselves on the pilot plant and seeing these beers brewed on the pilot plant grow up and be available in pack format so it is more accessible for more people to try. To keep developing our staff and culture here at the brewery and abroad.”

Like the hot rods it takes its name from, the descriptor for this beer is “Looks a little rough, goes like hell”, and they’re not wrong. Panhead’s hazy packs a big, fruity hit with lots of flavour and aroma to keep hopheads happy. Made with plenty of American hops – amarillo, mosaic, ekuanot and simcoe hops – it’s like eating a fruit salad off a V8… while its running.