Remember when the crate was king? By Michael Donaldson

If you’re in a nostalgic mood, and feel a yearning to soak yourself in Kiwi history, you could get a few mates together and toddle off to the nearest museum. Or ... you could get a few buddies together and share a crate of beer; maybe on the first Saturday in December, also known as National Crate Day. In the interests of responsible drinking we’ll add that you should make it quite a lot of buddies because 12 bottles of beer containing 750ml equals 9 litres, which is quite a lot of beer. But sharing a crate with a mate is a great way of recognising an integral slice of New Zealand history. These days, as beer is more readily available in 500ml single bottles or four packs of 330ml bottles, it’s important to remember that once upon a time in New Zealand, the minimum purchase of beer was two gallons. Any guess what two gallons is in today’s language?

A crate of beer.

But before we understand how the crate became a standard measure of take-home beer, we have to go back a little further; back to the day when bottled beer became the preferred method of drinking at home. Bottled beer in various forms has been around for hundreds of years, but glass-bottled beer wasn’t possible until glass-blowing techniques improved to the extent that the bottles could withstand the pressure of carbonated beer without exploding. But even then, in the mid-19th century, it still wasn’t the preferred choice of take-home beer as the tax on glass in the UK made it too pricey. Normal practice was for people to take home a wooden cask of beer containing about 23 litres that was designed to last a week. Invariably this cask beer was worse for wear at the end of the week and far from the fresh and enlivening drop when purchased. So as soon as the tax went off glass, brewers began bottling their beer, and packing those bottles in crates. Initially those crates held four quart bottles (each about 900ml), which were packed in wooden crates with straw wedged between them to stop them breaking. The bottled beer kept its condition better than the wooden casks and so quickly caught on among consumers.

Fast forward to 1917 New Zealand. World War I was in full swing, as was a strong prohibition movement. Stay with me here because there is a point. The war effort, and with it the government’s bid for greater “national efficiency”, resulted in the from prohibitionists convinced the board that alcohol had a negative impact on economic activity. The board argued for prohibition, claiming it would put more money in people’s pockets and, without hours wasted on drinking and the subsequent hangovers, the nation would be better off economically. The government of the day knew prohibition couldn’t work – it would be too unpopular. Instead it went for six o’clock closing, leading to the infamous “six o’clock swill”, when workers would stampede to the nearest pub as soon as they were off the clock to drink as much as possible before closing.

Alongside this was a less well-known law that stated, rather perversely, that alcohol could only be bought in bulk, with two gallons (or 9 litres) the minimum purchase. So you can see where we’re going here. The minimum purchase was 12 bottles and you need something to carry them in. Brewers were already using wooden crates, it just became a matter of making bigger crates. And to think this was all supposed to stop us drinking too much. While the six o’clock swill disappeared in 1967, the idea of taking home a crate of beer has lasted for nearly 100 years. Now that’s something worth celebrating. 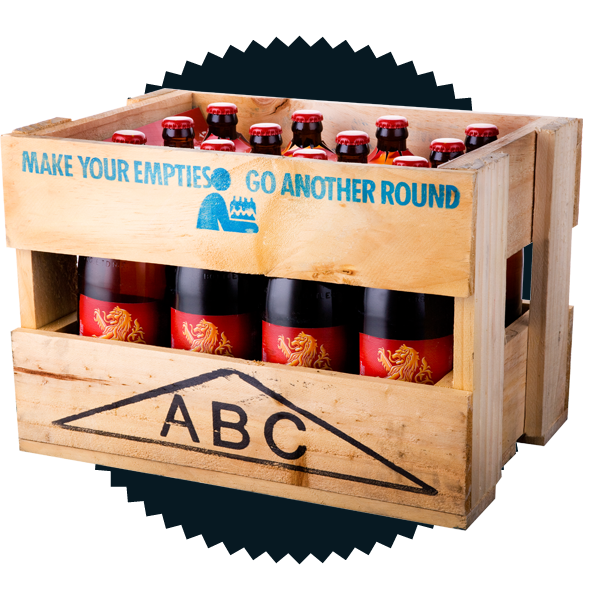 Now in its ninth year, National Crate Day was the invention of The Rock radio station, traditionally held on the first Saturday of December to herald in summer. But there are rules. Apart from drinking responsibly, the key commandment of National Crate Day is to support the “Crate of Origin” – or drink beer from wherever you’re from: for example Dunedin = Speights; Auckland = Lion Red.

So for all those young beer drinkers raised on the stubbie, here’s how the whole crate thing works: First, buy a full crate of your chosen beer from Liquorland and pay a small deposit. Take home and enjoy with mates. When the crate is finished, simply return it to Liquorland with all 12 empty bottles and receive a discount on your next full crate. Not only is it brilliantly environmentally friendly, it’s pretty cost effective: A 24-pack of Lion Red – a total of 7.92 litres – might set you back about $40; whereas a swappa crate of the same – which is 9 litres – will cost you about $33.

You won't find crates of your favourite beer in supermarkets; you'll only find them in bottle stores. Talk to your local Liquorland.