Originally established in 1944, St Hallett was already a small but renowned label when winemaker Stuart Blackwell first began his career at the Barossa region winery in 1972. Today, the South Australian brand now produces approximately 5.5 million litres of wine, the majority of which is red; and every grape used in the wine’s production is sourced from the Barossa area.

“We are totally committed to our region – we don’t bring fruit in from anywhere else,” says Blackwell, who spent the next 12 years travelling through America, South Africa and Europe to refine his trade, before returning to St Hallett as winemaker in 1984. “A lot of wineries use the 50% rule and bring in fruit from other areas, but every drop made at St Hallett is one hundred per cent Barossa. Whether you’re drinking our Syrah, Grenache or Cabernet Sauvignon, or one of the few whites we produce; whatever we make here is made with our fruit. It’s everything you really want, on a very small footprint.” 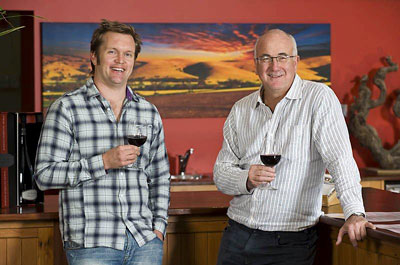 Blackwell’s history at St Hallett includes stints as general manager, chief winemaker and head greenkeeper. The veteran winemaker is credited for establishing the company as one of the Barossa’s most iconic producers of Shiraz and Riesling, and for elevating the pedigree of St Hallett Old Block and Blackwell Shiraz varieties. He has also introduced St Hallett onto wine lists in some of the finest restaurants in the world.

Now owned by Lion, St Hallett grapes are grown across the Barossa region, in Barossa Valley and Eden Valley. The grapes are grown by about 60 growers throughout the region, so the winemakers can take advantage of the variety of grapes produced by the different unique soils in the area. “Barossa is ancient ground that’s been eroded over the years. We have red clay, black clay, ironstone, limestone, even marble floating through our underground geology,” explains Blackwell. “There are a lot of variants across the region, and when I started out, I was like a kid in a candy store – I wanted a bit of all of it!” 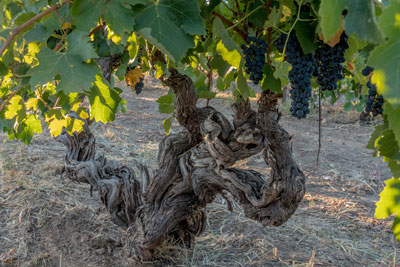 While many of the original vines were initially used to create fortified wines like port, sherry and marsala, Blackwell and the St Hallett team began knocking on doors of local growers in the area to ask if he could purchase “a couple of rows, here and there” across the Barossa Valley, about 200m above sea level, and Eden Valley, at 550m above sea level. “That may not sound like much, but in winemaking, it manifests itself quite differently,” he explains. “There is a whole month between ripenings, and because the temperatures are so different – Eden Valley temperatures sit around 25-26°, while the Barossa Valley gets more like 30-35° – we get cooler variants of Syrah. By the end of the year we can end up with about 170 different batches.”

All the St Hallett’s growers are visited by a viticulturalist who visits up to a couple of times every month, depending on the time of year, to help with the science behind growing the all-important grapes. While the vast majority of crushes are red, St Hallett also produces a limited amount of white, rosé and sparkling varieties.

While Blackwell is still very present at the winery, in recent years he has handed over the reins to Toby Barlow, an experienced winemaker who is continuing to curate the St Hallett range. “I’m the ‘old rudder’!” says Blackwell. “Toby is very talented, and has a rich history in Australian wine. He and the team are introducing some subtleties and elegance, taking many of our wines to the next level.”