Date change! Due to COVID concerns, Highball Festival will now take place on October 8-9. Get your tickets to the country's biggest and best cocktail festival

Attention all cocktail and spirits lovers. Earlybird tickets to Highball have sold out, so get in quick and secure your tickets today!

In partnership with Liquorland, Highball Festival is returning for its second year and is now in a bigger venue. The festival is also offering interactive experiences and more local and international distilleries than ever before. 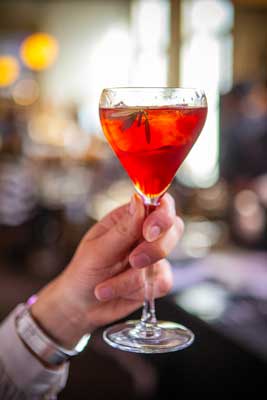 Highball is once again partnering with Liquorland to bring new additions to the festival, including mixology masterclasses hosted by Wellington’s best bars and bartenders; special cocktail and food pairings; and the newly rebooted New Zealand Bartender of the Year competition.

Popular festival experiences, such as the Johnnie Walker whisky blending sessions and the Highball Speaker Series, are also returning.

More than 30 gins, whiskies, rums, vodkas and other spirits will be on show from pioneering Kiwi craft producers, such as Southward Distilling Co., Cardrona Distillery, Thomson Whisky and Curiosity Gin, as well as international producers such as Matsui Whisky from Japan, Black Tears Rum from Cuba and Plantation Rum from the Caribbean.

Tickets are on sale at highball.co.nz