THE WATER OF LIFE

Listening to a whisky drinker speak about their favourite tipple, it would be easy to believe this amber liquid is akin to a magical elixir. Liquorland Toast discovers the hows and whys of the passion it elicits

In the 1700s, in the newly created Great Britain, a hefty malt tax was introduced. However, such was the passion for whisky, even that wasn’t enough dissuade makers from distilling their beloved golden spirit. In Scotland many just took their craft underground and commenced production under the cover of night, so authorities couldn’t detect the smoke produced – which earned it a nickname you may have heard of- “moonshine”.

Whether Ireland or Scotland was responsible for inventing this much-loved spirit is still up for debate. The earliest written records of its existence date back to the 15th century, with a mention of its then-name “aqua vitae” (water of life) recorded in 1405 in Ireland. Scotland’s earliest written record is from 1494, when King James IV of Scotland ordered malt to be sent to a Friar John Cor, for the purpose of producing around 500 bottles. Suffice to say, whoever invented it, both nations have a historical, as well as deeply cultural, attachment – it’s the national drink of both countries.

What’s In The Barrel? 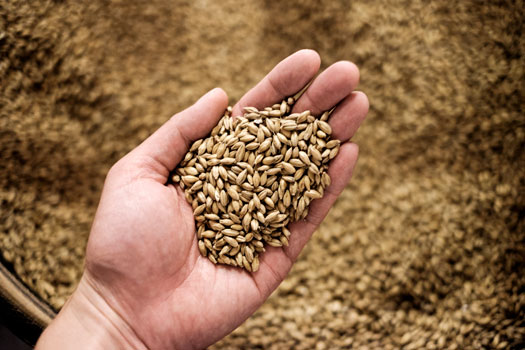 Barley is the grain used to make most Irish and Scottish whiskies – but corn, rye or wheat can also be used. The process of turning the barley into whisky starts with malting – the grains are steeped in water to germinate, dried in hot air, and then crushed to create what’s called the “grist”. Water is added to make a “mash”, which is then boiled and allowed to cool before adding yeast, responsible for producing alcohol. The drained liquid is distilled using a pot still, and aged in wooden barrels. 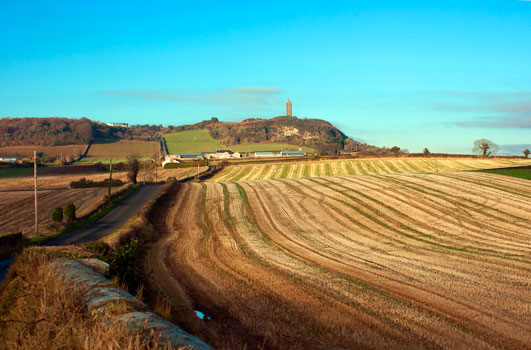 The grain used and variations of the above method are what distinguish each type of whisky. By the way, in some countries it’s “whisky” whereas others it’s “whiskey”.

Scotch whisky can only be thus named if it’s made with water and malted barley (to which only whole grains may be added), distilled to less than 94.8% alcohol, aged for at least three years in oak barrels that hold no more than 700 litres and bottled at no less than 40% alcohol. The only additives allowed are water and caramel colouring. Only whiskies following this process, and made in Scotland, can be called Scotch.

Irish whiskey has less parameters but follows a similar process to Scotch whisky.

Whiskies named single malt or single grain are made from a single distillery, whereas blended whiskies are a mix of whiskies from multiple distilleries.

Peated whiskies refer to the malting process whereby the grains are dried using a peat-heated fire. (Peat is a natural matter, formed by the partial decomposition of vegetable matter in the wet acidic conditions of bogs, which can be cut out and dried for use as fuel.) Peat lends a distinctive smoky flavour to the whisky and, depending on the peat’s provenance, can also add notes of heather, seaweed, bracken and other plant life.

Luck of the Irish (and Scottish)

What gives Irish and Scottish whiskies their individual character comes down to a few factors – the barrels they’re aged in, duration of ageing, the conditions under which they’re aged and the malting process, particularly peating – and each can change a whisky profile dramatically.

But malt whiskies are just one variety on the shelves today. Settlers from Ireland and Scotland took their craft to the US and created whole new categories of whisky, such as bourbon, which uses mostly corn as its grain. And today whisky is made in many countries with some great examples coming out of places such as Japan and, of course, New Zealand. The husband-and-wife team behind Thomson Whisky use New Zealand-grown malted barley and rye in their award-winning drops, with Manuka and South Island peat used in the process of drying their grains.

And Cardrona Distillery in the South Island has created a single malt whisky called Just Hatched, which is aged in ex-bourbon and ex-sherry casks.

How To Drink It

To experience the full flavour of a quality aged whisky, it is suggested to add a drop of water to it – a slight dilution of the alcohol content helps bring out all the subtleties of aroma and flavour. If drinking it straight seems too intense, for a mid-shelf whisky “on the rocks” is a popular choice, or serve it with a simple mixer such as ginger ale. And then, of course, there are a multitude of cocktails
– a delicious introduction into the world of whisky. However you drink it remember to sip slowly and savour – it’s very likely you’ll soon be espousing its virtues.