The indomitable spirit of a feisty four-foot Irish migrant looking to earn her fortune in the gold rush on New Zealand's West Coast has led to the creation of a range of gins that have put this small town on the map.

The spirit of more than one pioneering woman has evolved into a company that is helping to make some big changes in a small town. We meet the characters, past and present, of the West Coast’s Reefton Distilling Co.

For such a small town, Reefton sure does throw up a lot of interesting characters. Take Bridget Goodwin, aka Little Biddy or Biddy of the Buller. This 4-foot-tall, pipe-smoking, gin-toting Irish migrant came to the West Coast, like so many others, seeking her fortune in the gold rush. A tiny-statured figure, she must’ve been a mighty unusual sight on the gold fields; a woman in a man’s world. There’s no doubt she has her place among the pioneers and ‘gutsy West Coasters’ the area is known for. And now Reefton Distilling Co. have taken that pioneering spirit and made it their own – literally, with a raft of gins named in honour of the intrepid goldminer.

The founder of this venture, Patsy Bass, should definitely be included in that gutsy group. Born in Reefton, her family moved to Christchurch when she was four, but the little town was always a big part of her upbringing. She has said of her attachment: “I realised that I had lived my whole life as a Reefton girl in Christchurch rather than a Canterbury girl born in Reefton”. So, after the Canterbury earthquakes, Patsy and her husband decided to up sticks and change their lifestyle – and a big part of that was a desire to help revitalise this wee slice of New Zealand. After community forums and a lot of brainstorming, and with the help of investors via an equity share offer, Reefton Distilling Co. was born.

Two significant Reefton characters were intrinsic in helping Patsy give the business its identity: local historians and identical twins Nigel and Steffan MacKay. Having spent all of their 71 years as residents of this historic West Coast town, they were well placed to uncover the historic personalities that Reefton Distilling Co. pays tribute to. As local experts on the secrets of the Victoria, Paparoa and Brunner ranges, the brothers act as water and botanical prospectors for the company, also playing the role of company ambassadors and occasional tour hosts. 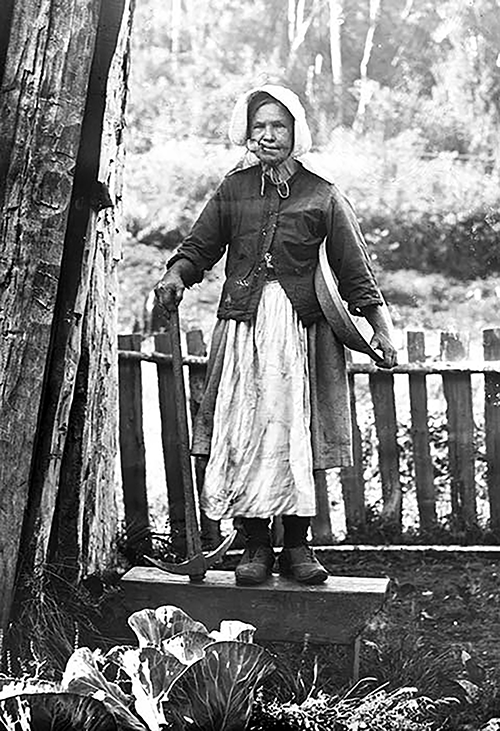 All of this has amounted to some truly original, uniquely New Zealand spirits. Reefton Distilling Co.’s distillers, Nick Secker and Beth Scott, are charged with harnessing the purity and flavour of the region into the bottle, which has translated into award-winning drops. All four Little Biddy Gins have taken home medals from spirit competitions, including three from the San Francisco World Spirits Competition.

That might be because Reefton Distilling Co. is one of the few grain-to-glass distilleries in New Zealand, making its own neutral spirits on-site; it’s a time-consuming process but their grain-to-glass products are proving popular in the ultra-premium market. There’s also the fact that freshwater springs provide pure water sources, and native botanicals for their Little Biddy Gin range are foraged fresh from the rainforest. These botanicals are rinsed and vapour-infused in the still (rather than distilled individually and blended), which is an artisan method requiring the distillers to constantly monitor and adjust for seasonal variations. For example, silver-awarded Little Biddy Gin – Classic includes 13 botanicals, five of which are foraged directly from the Reefton rainforest. The result in the glass is a versatile and easy-drinking gin with a palette of spiced citrus and warm resin and a spicy sweet smooth finish. While the gins are of a quality to be enjoyed on their own, a staff favourite is a classic G&T served with thin slices of crisp green apple or pear or, in summer, a wedge of watermelon.

The response to Reefton Distilling Co.’s portfolio of spirits, which also includes a range of seasonal fruit liqueurs and a vodka, has been phenomenal. So much so that the company has quickly outgrown their current space and have just secured larger premises to increase production. This will include a brewhouse to more cost-effectively produce their neutral spirit and have more room to allow the installation of supplementary infrastructure such as mechanical bottling and labelling equipment. The new facility will also allow them to fulfil plans to create new innovative products, along with their much-awaited Moonlight Creek Whisky. Additional complementary initiatives are also planned, which are expected to create further employment in the town over time.

Tours and tastings are also a part of the Reefton Distilling Co. experience and visitor numbers to the town have been continuing to grow. The team at the distillery are pleased to share their knowledge, offering a comprehensive look at what makes the Reefton ‘spirit’ so special. But even if you’re enjoying a glass of Little Biddy at home, you can be assured you’ll be immersed in that special West Coast character with every drop.

Reefton Distilling Co.’s distillers are charged with harnessing the purity and flavour of the region into the bottle, which has translated into award-winning drops.