Don't be bitter, use bitters better, with our handy guide

On Monday master mixologist Cameron Attfield took the Kiwi crown in the regional heats of the Angostura Global Cocktail challenge. He will now travel to Trinidad and Tobago in February 2016 to battle it out for the world title. Most people have probably heard of bitters; you might even be a regular indulger, but how much do you actually know about this classic cocktail ingredient? And how else can you use it?

Once upon a time, bitters would have been found in the medicine cabinet, not the pantry. They're basically aromatic herbs and spices infused or tinctured with spirits. Around 10 - 15% of the blend will be a 'bittering agent', like sasparilla, wild cherry bark, wormwood or artichoke leaf. The flavour is rounded out with the addition of other aromatics, like cinnamon, ginger, nutmeg or star anise. Alternatives might be florals, like chamomile or hibiscus, beans like cacao or nuts like toasted almonds or walnuts. These are combined with a spirit, at least 50% alcohol by volume, preferably grain based like vodka.

There are a few different brands on the market, and you can even make your own, but by far the most popular is Angostura Bitters. Made in Trinidad since 1824 to a secret recipe, it has become an iconic addition to any cocktail bar. It's currently exported globally to over 150 countries, plus it's vegan, kosher and gluten free. An interesting point to note about any brand of bitters is that, even though it contains around 50% alcohol, it is used as an ingredient in such insignificant amounts that it is technically alcohol free.

A dash of bitters can add some zing to many dishes, and as part of a marinade it's a real winner. Why not add 3-4 dashes of bitters to your Ceasar salad dressing? It also works well in home-made burgers, or add a few dashes to a lemon and olive oil mix and pour over baked goats cheese. In Trinidad and Tobago, bitters is regularly added to curries and stew.

Sugar softens any acrid flavours, leaving just the rich spice coming through. A dash of bitters in batter for apple fritters works a treat, or add a tablespoon to a chocolate orange cake mix. Two tablespoons of bitters in your Christmas cake will certainly give it a West Indian feel, or add a dash to a fruit salad with whipped cream and cinnamon. A splash in a cup of coffee is a divine after dinner treat.

Because the small amounts of bitters you use are technically non-alcoholic, you can happily use it in a soft drink and still drive home wearing your halo. A dash of bitters in homemade lemonade can really liven up your glass, or add a shake to soda water with a twist of lime.

A quick scout of the interwebs and you wil come up with several different cures for hiccups that involve bitters, from the lemon soaked in bitters you have to bite down on, to the Jamaican rum and bitters cocktail that apparently settles your stomach. There's also some anecdotal evidence to suggest bitters can reduce flatulence by increasing stomach acid production for better digestion ... reader beware though, none of these have been tried at Toast towers!

If you don't fancy any of these, then just try Angostura in one of our classic cocktail recipes below. 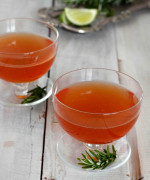 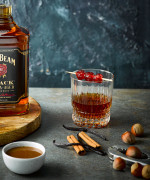 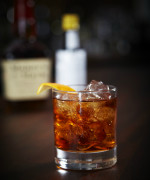