No doubt you will have seen a slew of new ready-to-drink options on the shelves of late – but what are they all about and which style suits you best? Here's everything you need to know about this fresh take on premixed drinks.

The ready-to-drink category has seen a significant rise in sales and an explosion of new brands on the market, chief among these is a new-wave sub-category of "clean", "natural" or "better for you" options. While the RTD shelves were once dominated by heavily sugared, coloured and flavoured concoctions, these alternative premixes are now taking over, big time. Last year an UBS analyst estimated to Business Insider that the hard seltzer category (which is how these drinks are known in America) could grow to be worth $2.5 billion by 2021.

So, look out beer and wine, there's a (relatively) new drink in town, just begging to be brought to your next barbecue or event. But what are they exactly? Well, these new RTDs are known by a few different names. But to understand them, let's first of all talk water. While this new range of "clean" RTDs – "clean" meaning less sugar, less calories and often only using natural ingredients – may use different alcoholic bases, what they all have in common is carbonated water, aka sparkling water or soda – plus, there's yet another name in the mix that you might have been seeing a lot more of recently, seltzer. The difference? Soda water has been carbonated by injecting carbon dioxide gas into water and often with beneficial minerals too; seltzer is much the same but often does not contain added minerals, sometimes meaning a "cleaner" taste, although there seems to be no hard-and-fast rules on this and different brands vary, meaning the terms seltzer and soda water are largely interchangeable.

Okay, now back to our RTDs.

Often the name on cans and bottles is a straight-forward description of the drink's contents; for instance, in the Pals range you'll find a "Vodka, Hawke's Bay Lime & Soda" among four other variations, which includes a gin option and also an American whiskey base too, the later paired with Hawke's Bay apple, and always with that obligatory soda.

The Rinse brand uses a vodka base for all their range, and therefore calls their lot vodka sodas, and comes in three flavours: Apple, Blood Orange, and Lemon. 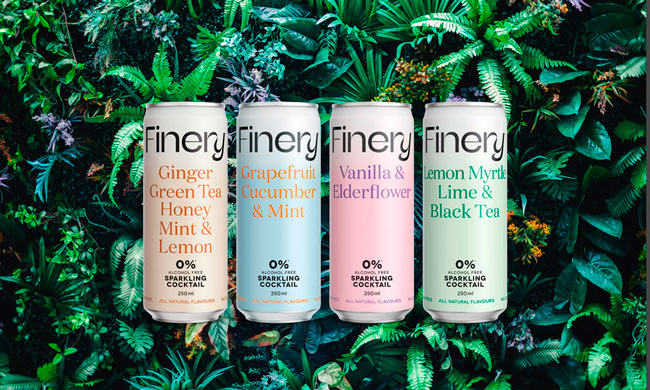 Clean Collective uses both gin and vodka for their premixes. While North Shore RTD creators Finery stick to the vodka soda formula in a range of four intriguing flavour combinations, such as Vanilla & Elderflower and Lemon Myrtle Lime & Black Tea.

Part Time Rangers, whose range of drinks all have the added bonus of supporting different environmental causes, come in three different alcohol bases, gin, vodka and rum, for their drinks varieties.

The Odd Company have gone one different; their canned drinks are so-named for the person who might potentially like it ie The Fancy One, The Party Guy and The Cheeky One, but with the usual gin or vodka base.

Then there are those who have adopted the US name, where this category is said to have originated, and brand themselves as seltzers or hard seltzers (the "hard" just making it clearer that there is an alcohol component, although some brands will be even clearer with "alcoholic seltzer or soda" on the can or bottle).

This includes the likes of Berg seltzers, which has three flavour combos, all with a vodka base. Big brands like Smirnoff and Gordon's also now do a seltzer/soda range. Kiwi beer brand Tui is also getting in on the RTD action with their Hard Soda range, using a vodka base. 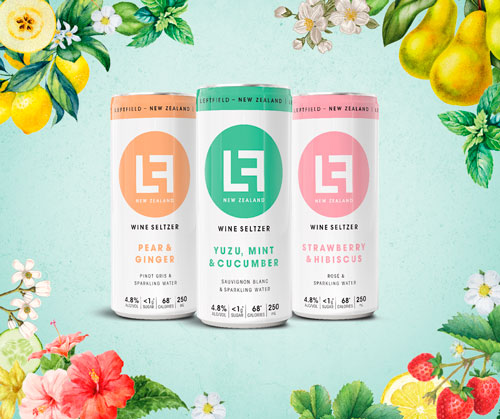 And finally, while all of those mentioned above have known spirit bases, more often than not vodka or gin, there are some brands who use beer, wine or cider as the base for their RTDs. An example of this is LF Wine Seltzers, from the Leftfield wine brand. Sauvignon blanc, rosé and pinot gris are used in their three varieties, paired with sparkling water and complementary flavours. And, as expected, they are low in sugar and calories as the new RTD trend insists!

So, no matter your flavour preference, if you're interested in less sugar or calories, and like the idea of more natural ingredients, you've just found your drink.