Why Anna Paquin Prefers To Break The Rules...

This year the Original Speyside Single Malt is on a mission to break the whisky drinker stereotype and shine a light on all appreciators. As Kiwi actress Anna Paquin says, “Whisky doesn’t care what’s between your legs, so why should we be told to follow these rules?”

Noting her first experience with The Glenlivet, Anna broke conventions by adding tonic to her whisky, stating: “I first discovered Glenlivet while I was working in Scotland. While it tastes great on its own, I found it's even yummier when you add a little mixer and create a cocktail.”

WHY ANNA IS THE ONE

The Glenlivet Australia and New Zealand Marketing Manager Kristy Rutherford says, “Anna not only personifies our core brand values, but just like The Glenlivet, she redefines her own category whether that’s through her acting, speaking out about social injustices or taking a stance that she can drink her whisky however she pleases.” “Whisky has long been seen as a symbol of power, drunk solely by middle-aged, white men behind closed doors of the ‘Old Boys’ Clubs’. In fact, one-third of whisky drinkers globally are women*, and we want to make the point that all kinds of people can and should have access to power and influence – and great single malt, of course.”

#BreakTheStereotype celebrates inclusivity within whisky and is the first in a series of bold ambitions The Glenlivet is undertaking as part of their new platform, ‘This Is Whisky’, which aims to challenge a range of old upheld conventions in the world of whisky.

Now when searching ‘whisky drinker’ using Google Images™ search service, the user is greeted with a colourful montage as unique and diverse as real whisky drinkers in 2022.

In Australia and New Zealand, nearly a third of female drinkers drink whisky monthly, a 40% increase since 2015. Females are adopting whisky at four times the rate of males. 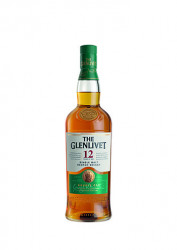 The Glenlivet 18yo Malt