Japanese beer is having a moment.

Japanese beer is having a moment. Partly because of our ever-expanding interest in discovering and trying new beer styles, and partly because as a nation, at heart, we all still love a lager.

The global interest in all things hoppy out of Japan began in 1987 with the launch of Asahi Super Dry – the world’s first Karakuchi beer. Prior to that Asahi had commissioned a survey of 5000 beer drinkers in Tokyo and Osaka to find out what they wanted in a beer – sparked by changes in Japanese eating habits and a growing switch from beer to dry wines and sake. When a majority of survey responses came back expressing a desire for lighter, more refreshing beers which would match well with food, change was afoot. The launch reinvigorated the Japanese beer market, sparking what became known as the ‘’dry wars” as other brewers released their own Karakuchi varieties. It also caught the eye – or tastebuds – of the rest of the world.

It is now one of the fastest growing international premium beer varieties in this country. With a smooth, dry light-bodied taste, Asahi and some other Japanese beers here are larger in their flavour profile but a little less hoppy and malty than traditional European lagers. And that makes them good for matching with food, which, says Liquorland brand ambassador Joss Granger, is one of the reasons Kiwis have taken to Japanese beers likes ducks to water. “As food and wine/ beer matching is starting to gain more appreciation people are looking for beer styles that go well with foods.” It’s particularly worth trying Asahi with seafood or anything nice and spicy.

Asahi is the most popular Japanese beer sold through Liquorland; other varieties stocked in some stores include Kirin, and Sapporo. Joss Granger also predicts the arrival of more varieties in the New Zealand market with Japanese beer brand Suntory’s recent purchase of Beam Global. 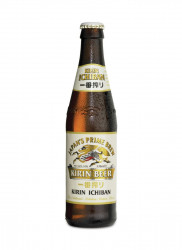 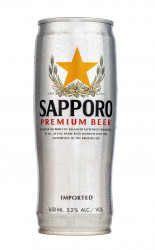