SPEIGHT'S RETURNS TO ITS ROOTS

The brewery is doing its bit for the environment by contributing $120,000 to the Million Metres project, which plans to plant a million metres of native plants and trees along Otago’s rivers, lakes and streams.

An initiative of the Sustainable Business Network (SBN), Million Metres is an online fundraising platform focused on restoring the banks of New Zealand waterways. Speight’s will be the first major brand donor for the initiative, supporting planting efforts starting in the Upper Clutha Catchment (Wanaka) down to Speight’s local home town of Dunedin.

“Speight’s has strong roots in the beautiful Otago region, dating back to 1876,” says Speight’s brand manager Geoffrey Kidd. “It’s always been important to us that we give back to the land we call home, and the resources we rely on. Through our Speight’s Fund we have been supporting smaller initiatives across the region for 10 years, but this partnership allows us to focus our efforts to grow the fund’s impact and give the whole nation the chance to get behind us in the process.”

Georgina Hart, Million Metres lead at SBN, says, “This partnership is an exciting opportunity to make a positive, lasting impact on the health of Otago’s waterways. The Otago region is known across New Zealand, and indeed around the world, for its beautiful lakes and rivers. It’s fantastic that Speight’s recognises the importance of these waterways and wants to help protect them so they’ll be here for New Zealanders to enjoy for generations to come.”

Hart adds: “As a crowdfunding initiative, having the support of Speight’s means that every dollar contributed is doubled. So with support from Kiwis, Speight’s support of $120,000 could turn into $240,000.”

Alongside Speight’s funding, there will be planting days for anyone that wants to roll up their sleeves and get their hands dirty with the Speight’s team. 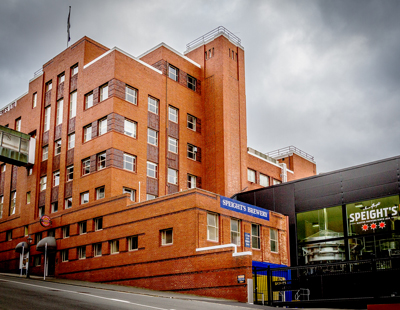 Visitors to the Speight’s Brewery in Dunedin will also be able to donate to the cause when they go on a brewery tour or take fresh water from the Speight’s Tap. The Tap gives passers by the chance to fill up their bottles from the fresh water spring sitting underneath the brewery. The tap is koha based and over one million litres of water is taken each year – with around $3000 a year in donations. Speight’s will be asking people to up the stakes to 10 cents for every litre they take this year, to try and reach $100,000 in funds to make an even greater positive impact on the region’s waterways.

To donate directly and help protect our waterways for generations to come, join the journey at speights.co.nz/millionmetres 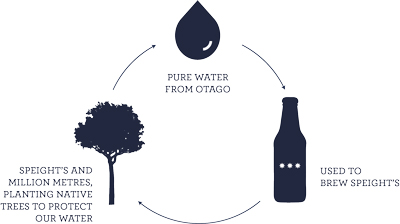