It’s been two years since Emerson’s moved into their new Dunedin brewery, so we thought we’d check in with founder Richard Emerson to see how it’s going, discover what sharks have to do with beer, ask why he recently drove a steam truck, and find out how The Simpsons relates to his new limited-edition brew

It’s two years since you opened the new Emerson’s brewery, how’s it going and has it changed the way you do things at all?

The remarkable thing about our new spiritual home is being able to showcase our beers, our culture and all the great things of Dunedin. Serving great food from our fantastic kitchen team is a real bonus – some of the dishes are so good that it's hard not to think about them while working in the same building! 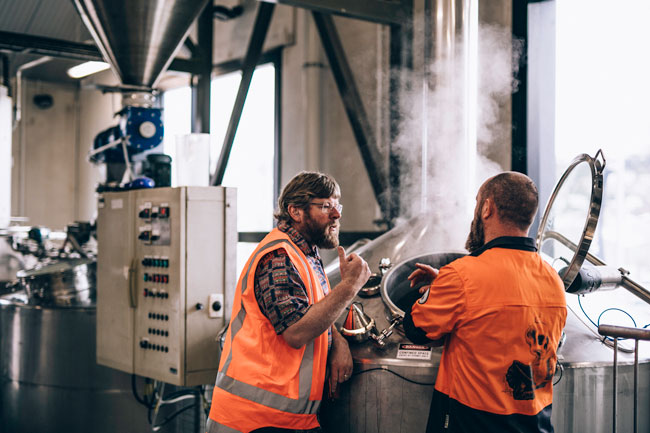 Which varietals are cranking in the beer world at the moment and which of your brews are flying as a result of this?

Hoppy beers are the biggest varietals as the public are becoming more aware of how hops from other countries as well as new NZ varieties make a profound influence on the beer aroma and flavor. However some people do forget how important the malt is as support actor to the hops. A good malt backbone really does offset the bitterness of the hops and impart lovely caramel notes to balance the juicy hop aroma.

Can you tell us a bit about the genesis of your recent Big Rig APA and what it was like driving a steam truck around Dunedin for the day – it looked like so much fun!

The beer was originally part of the Brewer’s Reserve program. The boys were playing with the American Pale Ale style with the various combinations of hops balanced with a great malt backbone from Gladfield’s Maltings, Canterbury. The name was teased at Ricky, our apprentice brewer, who called himself “The Big Rig”. The concept was taken a step further when we realized I have a friend who has this amazing yellow vintage steam truck. This fitted in with my penchant for steam trains. The 1924 Foden Steam truck is such a beauty and the owner, Alan Familton was certainly chuffed to be part of our Big Rig promotion. It was an awesome chance to enjoy a beer or two after tooting around the town!

Where do your ideas come from for your new brews and how to you go about researching, testing and developing them into the final beers?

The brewery has grown heaps that a team of brewers is an important entity of the business. To inspire the new generation of brewers, they’re encouraged to trial new brews on the 1200 litre workshop brewery and rigorously test them on the bar – such hard work… It is really gratifying to check out the team’s latest brews.

I know you’re launching the new Emerson’s Shark Bell Kolsch later in the year, with a bit of a Dunedin surfing theme. How much does Dunedin influence Emerson’s as a brand and the beers you create?

Yes, that’s right. This beer is being canned for Air New Zealand. I’ve always been passionate about being a Dunedinite and made it clear that we wanted to brew world class beers right here in Dunedin and put the town on the beer map!

Can you tell us anything about your latest limited-edition brews? 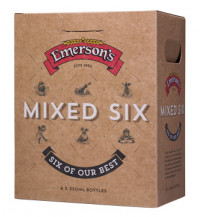