A pioneering beer brand walking to the beat of its own drum. Watch how Monteith’s took Kiwi ingenuity and turned it liquid gold to share with New Zealand, and beyond. Plus the best of their brews to try.

The Monteith’s story is one humble beginnings. During the mid-to-late 1800s, the West Coast was a rich and fertile playground for brewers, where they could grow everything they needed to craft great beer.

Otago-bred Stewart Monteith had put down roots in Reefton in 1868, where he took over the reins of the the Phoenix Brewery. Fifty years later, a large handful of bars and breweries were forced to shut their doors for good as the mining population packed up and moved on.

All Monteith’s beers are naturally brewed without artificial additives or preservatives. Check out their video and a couple of brews below. 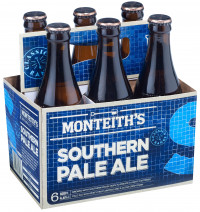