DB Export Brewtroleum is Back

We’re super thrilled to report that DB Export and Gull have yet again partnered up to bring back DB Export Brewtroleum, a biofuel made from natural beer waste that’s lower in emissions.

Brewtroleum is the name of the final product from turning the by-products of the brewing process into fuel-grade ethanol. The ethanol is supplied by DB to Gull (New Zealand’s leader in biofuel) who in-turn creates a high-performance 98 octane biofuel-petrol – Brewtroleum. “To kick off the campaign, and considering fuel prices [have just increased] around the country, we thought the timing was right to bring back DB Export Brewtroleum to Gull. You'll probably remember it from the last few years, we actually made a biofuel from natural beer waste,” says Sean O’Donnell, Marketing Director at DB Breweries. 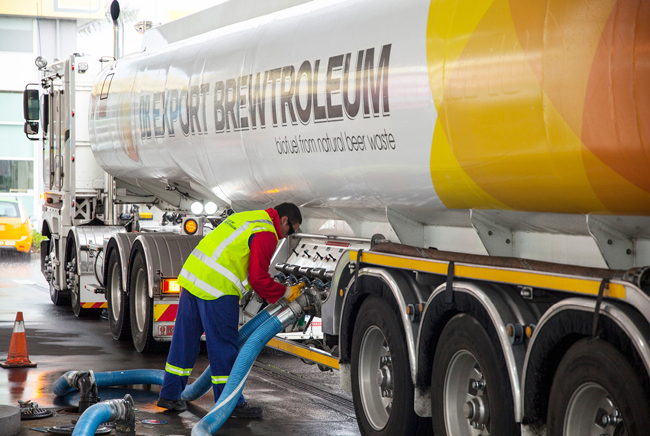 To celebrate the re-launch, DB Export is offering Kiwis the chance to win free biofuel vouchers to help ease their wallets. To win the fuel vouchers, Kiwis are being asked for a ‘world saving idea’ as DB Export kicks off a campaign that encourages New Zealanders to think outside-the-box about sustainability. Kiwis can win biofuel vouchers from 1st - 12th of October by submitting a world saving idea at savetheentireworld.co.nz and the DB Export ‘save the entire world’ competition (in which Kiwis can win up to $50,000) runs till January 2019.

“DB Export is committed to acting sustainably, and over the last three years has created two incredible, world-changing initiatives – Brewtroleum and Beer Bottle Sand. Now we are asking Kiwis for ideas of their own to help ‘save the entire world’, all people need to do is submit their world-saving ideas to be in to win up to $50,000,” says O’Donnell.

DB Export Brewtroleum, a biofuel made from beer by-product, will be available at Gull Rosebank East (659 Rosebank Road, Avondale, Auckland), from 8th-12th October, 2018.

If you can’t get to Gull Rosebank, ditch the car keys and drink one of these tasty DB Export beers below instead, available at your local Liquorland.